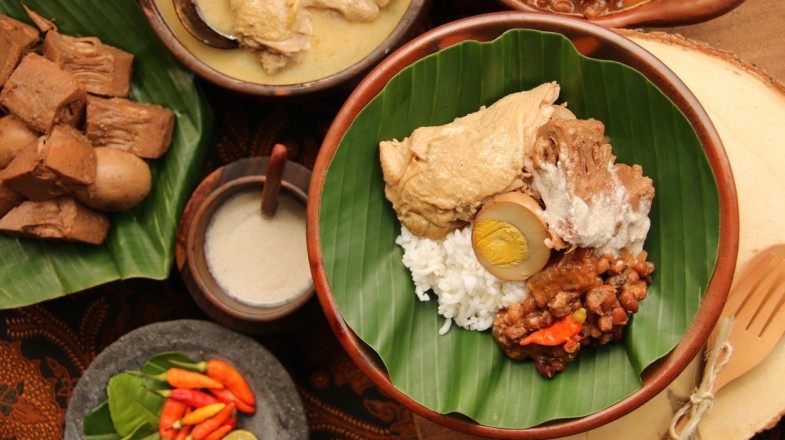 The first one is Soto. Soto is a cuisine which uses chicken or cow’s meat as the main ingredient and it mixed with the sauce which is made from various kind of spices. The characteristic of this food is on the sauce’s color, yellow. Soto is like a soup which contains meat, potato chips, fried onion, and noddle. In addition, it always served with a plate of rice and krupuk.

The second is Rawon. Basically, it is almost same with Soto. However, Rawon has always used cow’s meat rather than chicken’s meat. The other characteristic is on the sauce which is black colored. The black color sauce is taken from kluwak, one of the spices which are the main ingredient of Rawon. As like Soto, Rawon is always served with a plate of rice and krupuk.

The third is Bakso or it is well-known as a meatball. Actually, the meatball is not the original cuisine from Indonesia, but also it originally from China. However, Indonesian people have modified it and make it different from the original ones. In Indonesia, Bakso or meatball is not only served a meat which is formed like a ball but also it served by other items, such as tofu, siomay, noodle, fried siomay and mixed it in a bowl with meat stock.

The next is Lalapan or in some places, it is called as Pecel Lele or Penyetan. This cuisine is related to Sambal or spicy sauce. Sambal is made from chili, onion, tomato, salt, and terasi (fermented shrimp). Sambel or spicy sauce is always served with various kind of side dishes, such as fried catfish, fried chicken, fried mushroom, fried tofu and tempeh, and so on. In addition, it served with some vegetables like cucumber, tomato, basil, and lettuce. As an Indonesian cuisine, of course, it is also served with a plate of rice.

Next is Gado-Gado. Have you ever heard that? Maybe it is odd for you. This cuisine is well known as Javanese Salad. Basically, this cuisine is almost same with salad in some countries. However, this cuisine is differenced with the common salad, it has special characteristics. This cuisine contains lettuce, cucumber, tomato, cabbage, string beans, boiled egg, boiled potato, fried Tempe, fried tofu, lontong (rice steamed in banana leaf), emping (melinjo chips) and mixed with the special thing, peanuts sauce (dressing). It is so tasty and of course so healthy.

And the last is Pecel. This cuisine is also widespread in Indonesia. As like Gado-Gado, it is also called as Javanese Salad. So, what are the differences between those two? Pecel is always served with rice, not lontong. The various vegetables used in Pecel is not as many as Gado-Gado. It is limited on cabbage, string beans, cucumber, water spinach, and bean sprouts. There is no boiled potato, boiled egg on Pecel. Pecel is also enjoyed with rempeyek (thin chip made of flour) rather than emping. And of course, the peanuts sauce is different. Pecel’s peanut sauce is spicier than Gado-Gado. Try it by yourselves to find out what is the differences between these two cuisines. They have the same name but have the difference tastes.